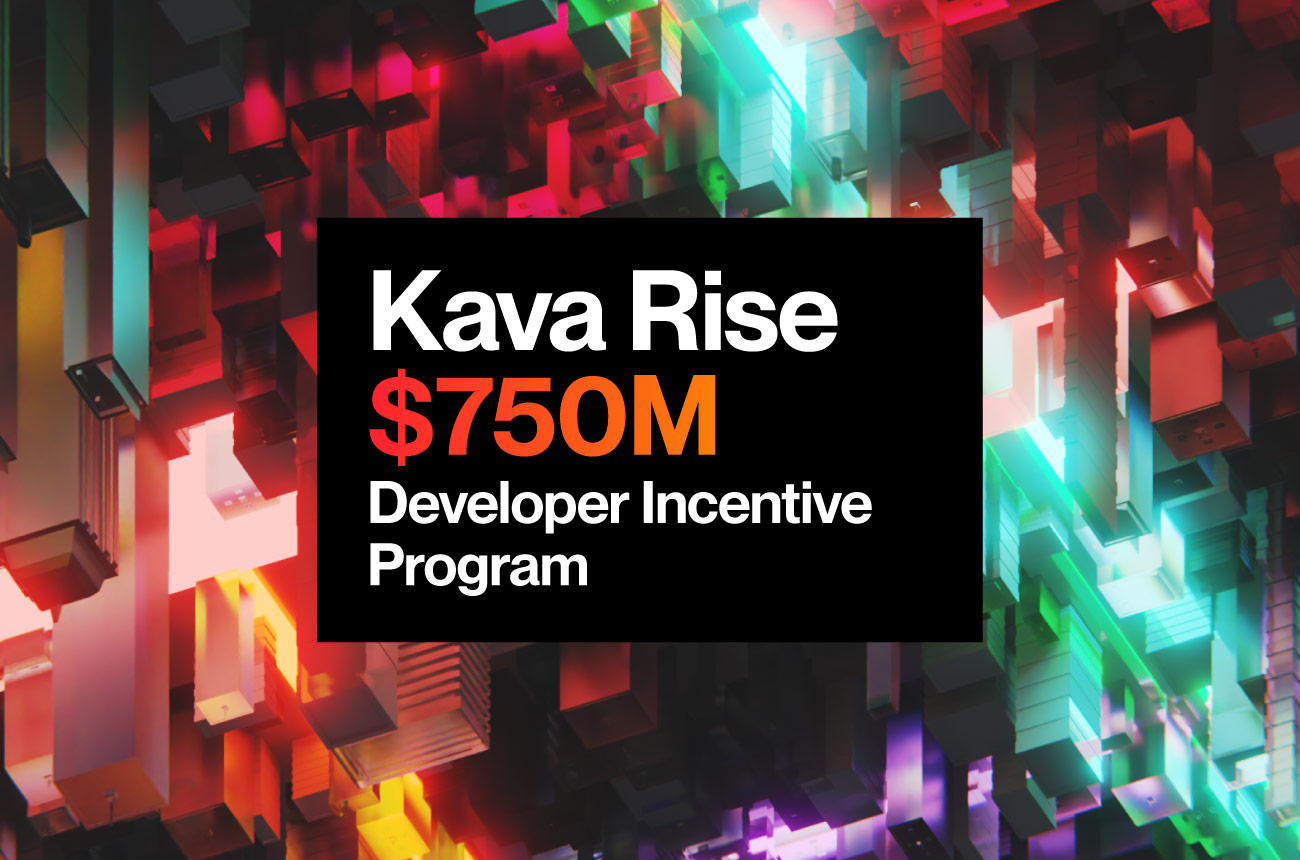 The Kava DAO has voted to allocate $750M to on-chain developer incentives, committing majority ownership of the network to the #BUIDLers. High-quality developers are the most valuable asset to the long-term success of Layer-1 blockchains. In recognition of this, Kava has implemented Kava Rise: a $750M incentive program designed specifically to continue onboarding the most innovative developers across the DeFi, GameFi, and NFT verticals to the Kava Network. Kava Rise’s unique programmatic funding model will distribute 62.5% of all block rewards to developers building on the Kava Ethereum and Cosmos Co-Chains, making Kava the first truly builder-owned network.

You Build It, You Own It

Kava Rise is a first-of-its-kind programmatic, on-chain incentive mechanism that will bring top-tier developers and their users to the Kava Network by rewarding them with unprecedented levels of distributed ownership.

Developers are incentivized through the program to both onboard their projects and bring over a majority of their treasury rewards and users to the Kava Network in order to maximize their earnings.

The program is simple. The KAVA emitted by every block is allocated as follows: 62.5% to Developers, 37.5% to Stakers. No team. No strategic reserve. Everything goes to the #BUIDLers.

The program will reward the top projects on Kava’s Ethereum and Cosmos Co-Chains with 200M KAVA over 4 years, split between the two chains. Incentives will be awarded transparently on-chain based on usage.

At launch, the structure of the Rise program will focus primarily on driving adoption and growth for the new Ethereum Co-Chain. As the program goes on, it may be adjusted via KAVA governance vote.

The initially proposed allocation for Kava Rise funds is as follows:

To be eligible to receive DeFi incentives on either co-chain, protocols must simply:

All Kava Rise distributions will be determined by transparent criteria, approved by Kava governance vote, and distributed on-chain to eligible protocols.

The additional 5M KAVA set aside for NFT and GameFi incentives will be distributed in a similar programmatic, usage-based model to developers of NFT and GameFi projects on both co-chains.

How usage is calculated and the exact structure of the distributions to NFT and GameFi developers will be voted on by the Kava DAO at a later date. The amount allocated to this pool may also be adjusted by the DAO if the vertical drives significant usage for the network.

To be first in line to deploy on the Kava Network and begin earning with Kava Rise, register your project for the Pioneer Program. Deploy on the Ethereum Co-Chain alpha or beta prior to mainnet and claim a share of the 100K KAVA prize pool.

This will remain in place for ~13 months, minting the full 200M KAVA required to fund the Rise program to the community pool. Once the program is fully funded, inflation rates will return to market-competitive levels.

The balance of the community pool is visible on the validators page of Minstscan and at this endpoint under the “ukava” denomination. The community pool can only be distributed via KAVA governance vote.

All additional KAVA minted during this inflationary period will go directly to developers through the Rise program. Within 4 years, this will mean that the majority of circulating Kava will have been distributed to the network’s most important assets — its builders.

The remainder of emissions will continue to go to validators and stakers in return for securing the network and powering consensus. None of the adjusted emissions will go to the team or strategic investors.

Kava believes that the true value of a blockchain is measured by the quality of the developers that build on it and the level to which it is decentralized.

This is why the Kava Rise program merges developer incentives with a revolutionary funding and distribution mechanism that is designed specifically to reward the world’s most innovative developers with meaningful ownership of the network that they build on.

Through the program, Kava will become progressively more decentralized as builders and value flow into the network, fully realizing the promise of blockchain technology to empower contributors and users in a way that has never been achieved before. #BUIDLerOwned