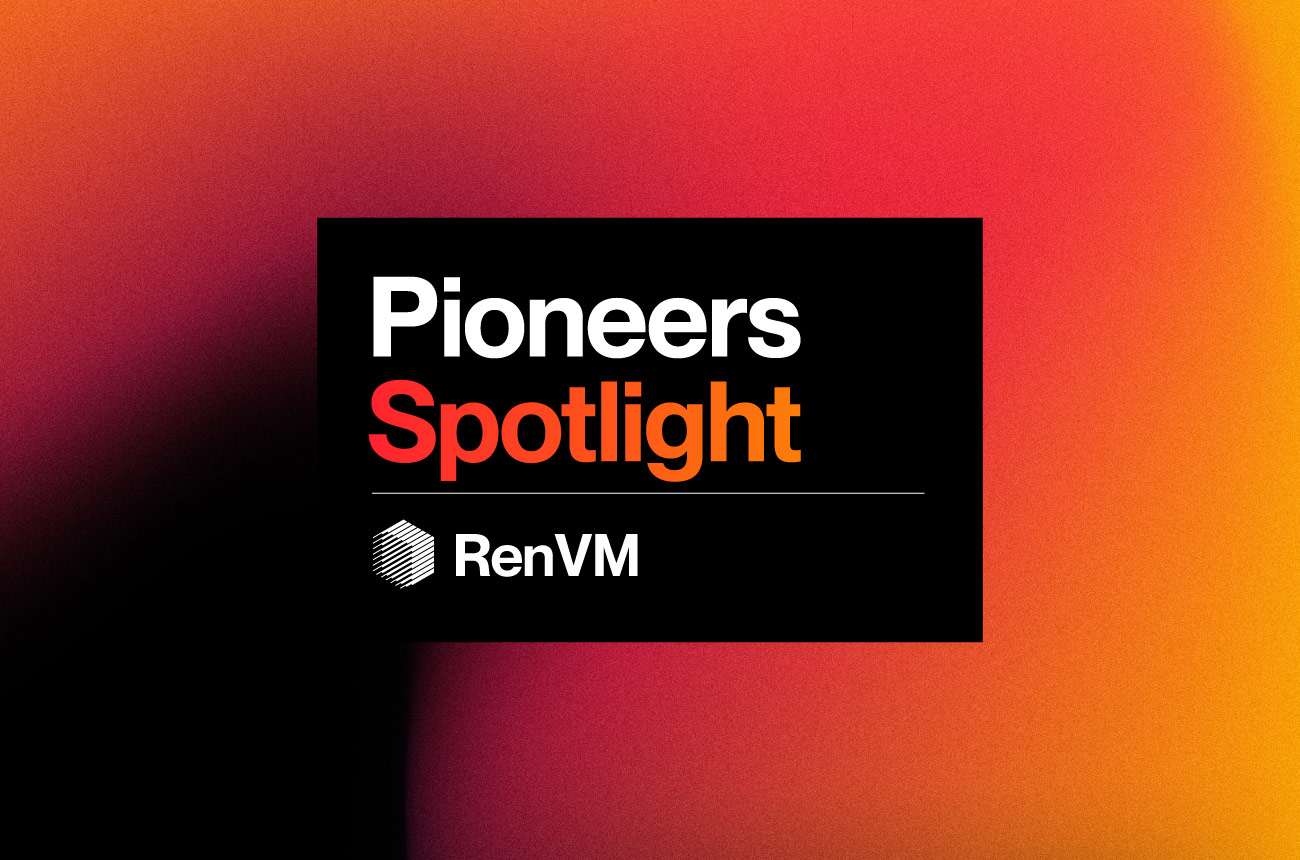 Interoperate between any chain or dApp, fast and efficiently — at $1.08 billion TVL, Ren is an undervalued Kava Pioneer.

Kava’s all about interoperability. So naturally, a general-purpose protocol like Ren meshes well with Kava’s vision.

Ren Protocol (formerly Republic Protocol) is an open protocol that enables moving value between blockchains and dApps at scale.

Ren’s hefty goal is to provide access to inter-blockchain liquidity for all dApps. More than that, Ren aims to enable interoperability between dApps and key blockchain assets, such as $BTC, $BCH, and $ZEC.

More broadly, the project is a “layer-0” protocol where users can bridge any token between any blockchain, including non-EVM assets, on various layer-1 protocols.

The heart of Ren is a decentralized and general-purpose virtual machine called the RenVM.

RenVM leverages zkSNARK tech, which in a nutshell, allows any kind of program to execute without giving away any of the user’s secrets.

Wrapped assets on Ren are 1:1 tokens representing the underlying asset on various blockchains. These tokens are always backed fully to the underlying asset. Therein lies Ren’s interoperability superpower: providing derivatives convertible to the token format of the native chain, ultimately allowing an asset to function on any protocol.

But Ren understands the importance of staying on the bleeding edge of Web3 — Ren is 100 times faster than atomic swaps and enables exotic new use-cases for DeFi, like multi-collateral lending, cross-chain OTC trading, and cross-chain swaps.

These perks have resulted in dozens of leading Web3 applications partnering with Ren to unlock a native cross-chain user experience. Ren’s partners include Catalog, BadgerDAO, Varen, MEW (MyEtherWallet), and ZeroDAO. Ren’s even been spotted on another Kava Pioneer’s platform — Beefy 🤝 Ren.

These are but a few projects using Ren to enhance the user experience everywhere, from DeFi to the Metaverse. Ren currently lists seven connected chains and 29 supported assets, with more entering the network each month. Ren’s recent development update discusses various updates that open Ren up to the Cosmos, Polkadot, and ZK ecosystems.

The buzz around Catalog, the first application built on the Ren Layer-1, has been particularly gripping.

Catalog is a “metaversal exchange,” or a cross-chain DEX that provides a CEX-like user experience and cost-efficiency. Catalog users can swap fungible and non-fungible assets across any chain with zero gas and a low, flat-rate fee. Not only that, users can earn passive income from assets held in their Catalog account without staking or liquidity providing.

With over $10.4 billion in total volume and $1.08 billion in TVL, Ren is a strong addition to the Kava Pioneers! Ren’s TVL has been up-trending since its inception in 2018, even with all the crypto market twists and turns. That speaks volumes about the protocol’s grit and staying power.

The $REN token has a capped supply at 100 million, and all initial allocations, emissions, and lock-up periods have already concluded. See the full list of early investors at Messari.

The fixed supply and zero supply inflation may lend to increased demand for $REN. We all know Layer-1 Season is just around the corner, so keep an eye out for the REN-aissance!

Users can use the $REN token as a bond to run a Darknode (100,000 REN per node), the nodes that power the sMPC network (RenVM). Darknodes earn rewards in the native tokens, such as $ETH or $BTC, for contributing to network security.

Ren stakers are making bank with Ren’s Darknode APY. Based on the last epoch, the APY for operating one Darknode is around 10.93% — That’s 15,614% more than an average bank savings account!

You can check out the details on Ren’s official website: https://renproject.io/

As Kava takes you on this journey through each neighborhood in the #CosmosEVM city, you’ve learned what makes Kava’s Pioneers so fascinating and lucrative.

With an up-trending TVL, cutting-edge Web3 tech, and competitive APYs for staking, RenVM is at home among the Kava Pioneers.

The Pioneer community consistently publishes content to help you stay connected and on top of all the juiciest alpha.