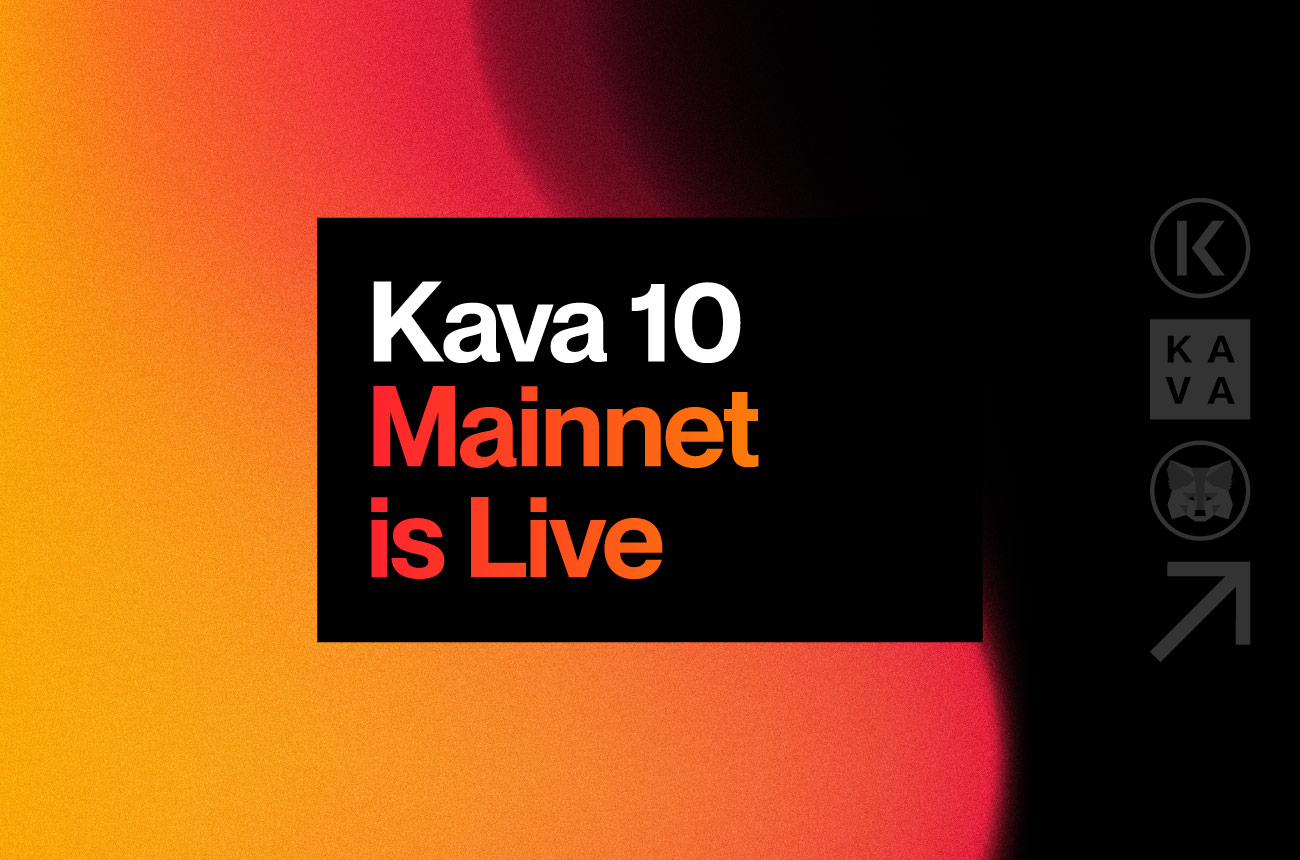 Today marks the first day of the Kava 10 mainnet and a pivotal moment in the network’s history.

Kava’s EVM is a major enhancement of Kava’s Ethereum and Cosmos Co-Chains, connecting the biggest ecosystems in Web3 onto a single network.

As the first use-case of Kava’s EVM, users can now wrap and unwrap $KAVA via Metamask quickly, efficiently, and with minimal fees, opening up a galaxy of DeFi opportunities.

The key feature of the Kava 10 mainnet is the ability for users to wrap and unwrap $KAVA as an ERC-20 on MetaMask, one of the most important tools of the DeFi industry and one of the most-used applications for connecting to the Ethereum ecosystem.

The wrapping feature represents the first drop in an ocean of opportunity for users and developers. The successful implementation of wrapping Kava assets on MetaMask sets the stage for what’s to come, such as the Ethereum Bridge.

For perspective, between the Ethereum and Cosmos ecosystems, combined assets on-chain cross $300B with a total DeFi Total Value Locked (TVL) of over $80B. (source: DeFiLlama)

The Kava Network now directly links all these resources and the thousands of active developers, dApps, and blockchain projects on these networks.

The Kava 10 mainnet activates the Kava Network’s Ethereum Virtual Machine (EVM), a critical milestone in the network’s mission to become the best hub for builders with the power of Ethereum and the speed and interoperability of Cosmos.

These upgrades will allow various liquidity protocols, yield aggregators, and decentralized exchange protocols to deploy to the Kava 10 mainnet, as described below.

The successful completion of the Ethereum Co-Chain Alpha and Beta testnet paved the way for $8.71B+ TVL and 700K+ users to have direct access to the Kava Network, closing the distance between dozens of Kava’s Web3 partners.

The Kava Pioneer program brought more than 35 Web3 protocols to the Kava Network ahead of the Kava 10 mainnet launch. Protocols prepared to deploy after the mainnet launch include Beefy Finance, Multichain, Ren Protocol, and Autofarm.

After a successful Pioneer program and the Kava 10 mainnet launch, the $750M Kava Rise incentive program begins. This new program rewards developers for building on the Kava Network, launching Kava toward its goal of $10B+ TVL, and deploying 100 protocols by the end of 2022.

These protocols plan to take full advantage of Kava’s EVM and all of the key features the EVM will unlock for the Kava Network:

The Kava 10 mainnet launch is a massive step forward for the network. What’s next?

Kava keeps #BUIDLing. The Kava Network is supported by a 40+ person team with years of experience delivering robust Web3 products and infrastructure.

That’s why the Kava Network has had zero downtime or hacks in all its years of operation, and it’s why Kava will become a development superhighway supporting all the DeFi users from the Cosmos and Ethereum ecosystems.

Stay tuned for more information on Kava’s EVM, the Ethereum Bridge, and a detailed tutorial on wrapping KAVA as an ERC-20 on Kava 10 using Metamask. Follow Kava on Twitter to learn more.